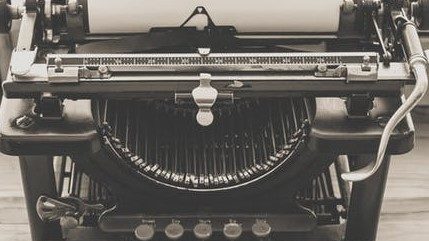 Posted at 16:21h in News by operam_admin

ISO 19650 is a series of international standards that define the collaborative processes for the effective management of information. Related to the delivery and operational phase of assets when using building information modelling (BIM).

Based up the UK 1192 series. The ISO 19650 series enables teams to minimise wasteful activities and increase predictability around cost and time.

This is achieved through a common approach to the management of information.

ISO 19650 and the benefits to your organization

In 2011 the UK government introduced the BIM level 2 initiative. This is a series of national standards and publicly available specifications.

These documents have become known as the UK 1192 series and they define BIM Level 2 in the UK.

Following their publication, it enabled international asset owners and clients, particularly in the Middle East and Australia to recognize their benefit.

They began to require the adoption of the management processes defined within the UK 1192 series on their own projects.

Many international organizations felt that it was unfair to ask them to work in accordance with UK standards. Therefore, the international community approached ISO to demand that the UK 1192 series be elevated to an international level.

It certainly wasn’t the case of the UK saying to the world, we’re the best so use our standards.

If anything, the elevation of UK 1192 series to an international series may impact the UK Construction industry’s competitive advantage.

The forming of an international series of standards now creates a level playing field for organizations and suppliers around the world.  Enabling them to compete, innovate and collaborate. Regardless of where they are located.

How internationally organizations can take advantage of ISO 19650

This is a positive move from a global perspective.  In fact, the ISO 19650 series now presents a real opportunity for the UK construction industry. And for those organizations who have already aligned their business processes to the UK way of working.

It’ll will enable them to capitalize on their investment and foresight.

The timing of the publication of the ISO 19650 has also been important. Increasingly we are seeing delivery teams formed of organizations from different countries.

They work in differing ways but are coming together on projects.  The ISO has helped these teams to adopt a common approach to managing information.

There are also big benefits for large multinational organizations too.

For many year, these organizations have struggled to accommodate the differing requirements from their customers, partners and suppliers.

The ISO 19650 series has helped these organizations to establish a unified approach across each of their regions and offices.

Creating immediate efficiencies and increasing the mobility of their internal resources.

To get an international standard approved you need to align with ISO’s editorial requirements.

This means making certain compromises to gain a consensus across all the members of ISO.

This isn’t a quick or easy task.  With dozens of countries involved in the process, each with varying cultural and legal constraints.

Producing a common way of working of working at an international level is difficult.

At the start of the process, I was told that it would take a minimum of five years to produce ISO 19650.

I naively thought this was bonkers, and that I would have ISO 19650-2 done in a matter of months.

I was wrong and the production of parts one and two of the ISO 19650 series took over four years.

Once published, the ISO 19650 series can be adopted as national standards by the member states of ISO.

This is because there cannot be two competing standards at a national level.

This means that they will become the preferred method of procuring publicly funded projects across Europe.

ISO 19650 is built on a solid foundation

The starting point was with the collaborative production of information.

As defined within BS 1192 and the management of information during the delivery and operational phase of assets. Outlined within PAS 1192-2 and PAS 1192-3 respectively.

The first step was to extract the text from the three base documents. Then remove all the UK isms, such as the UK Government strategy, BIM Level 2 and UK specific references.

We then took the concepts and principles from all three documents. This was to form the initial draft of ISO 19650-1.

For BS 1192 this related to the concept of principles behind the collaborative production of information and the common data environment.

For PAS119-2 and PAS1192-3 it was the concepts and principles around the effective management of information.

Here it was important to include PAS1192-3. This was so we could have the concepts and principles throughout the entire life of the asset.

The next steps in ISO 19650 development

Next we focused on the activities and tasks within the information management process. Including the delivery phase of assets, from both BS 1192 and PAS 1192-2.  Together these two documents made sense as they are closely related. They became the initial draft of ISO 19650-2.

The international working group, convened by Anne Kemp, then began the process of developing the documents.

Our mission was to establish a common approach to the management of information when using building information modelling, that could be adopted anywhere in the world.

To learn more from Operam

or visit the British Standards Institute

We use cookies to ensure that we give you the best experience on our website. If you continue to use this site we will assume that you are happy with it.Ok