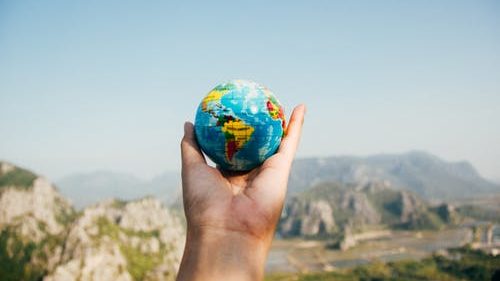 Posted at 16:20h in News by operam_admin

ISO 19650 was published in December 2018. And you’ve probably got some questions around the ISO 19650 National Annex.

During the process of developing ISO 19650-2. It became obvious that there were some things that we were just not going to be able to get international consensus on. Particularly when it came to standardised conventions and codification. So we came up with the idea of including regional specific requirements within an national annex.

The idea being that ISO 19650-2 defines the requirements, and the national annexes define the standards. Those that must be used to meet the requirements in a particular region.

This enables the ISO 19650-2 requirement for information to be classified to be met. But in a way that allows flexibility for each region to use standards that are already in place.

The other big sticking point was naming conventions.

ISO 19650-2 states that each information container is to have a unique ID. But people have struggled to adopt the convention defined within BS 1192.  It was impossible getting international consensus that was acceptable to all.

Whilst ISO 19650-2 helped to overcame the barrier, it didn’t solve the problem.

The addition of ISO 19650 National Annex enabled the standards to be completed. And enable us to meet the needs of different regions. But in doing so we failed as a working group to create a truly common approach.

This is because organizations who work in different regions will still need to comply with their local standards. This of course adds unnecessary overheads. Such as continuously educating teams and maintaining multiple configurations in the common data environments.

I believe this could create problems going forward. Obviously the new ISO 19650 National Annex is designed to help solve these problems.

Not only will this create an administration overhead. It will be confusing for individuals. And the aim of the ISO is to try and avoid confusion.  Plus, an added complication is information that is to be shared between teams using different national annexes, will still need their container ID’s to be mapped too.

I hope that at some point in the future, one convention will rise to the top. And for that convention to become the norm. But I don’t expect this to happen for a long time.

The other problem of course,  is that even if there was an internationally agreed convention. Everyone still seems to want to create their own version of it. This is our experience of the convention defined within BS 1192.

We’ve seen people swear blind that their convention is compliant to the standards or close enough. But if it’s different in any way, then it’s not standard. Imagine adding another pin to a plug and saying it’s close enough!

In my experience, people will take fields out, because they don’t understand why it’s needed. Or switch fields around to suit their personal preference. I’ve also seen people add extra fields because they want to include extra information. Doing so builds out on to what is already a very long ID.

I’m not a big fan of any convention which tries to introduce additional intelligence to what is just a unique ID for an information container.

I get the principle, that anyone should be able to look at an ID and work it out. Understanding from the different field, the information they need about the container. But normally, people don’t know, or care, what each code means. So, changing the ID doesn’t even achieve what it’s meant to achieve.

My preference would be to adopt a serialized number approach. Either at an asset level, a national level, or ideally, an international level. This approach would mean that any additional information, such as project, originator and location would still be available. But instead added as metadata attributed to each information container.

And to learn more on changes to BIM standards, this BSI article explains more.